The recently concluded NEWLED Project aimed to push the theoretical limits of the light-emitting diode (LED). This ambitious project received €12 million of grant funding from the European Union’s Seventh Framework Programme (FP7). Coordinated by Prof. Edik Rafailov of Aston University, it brought together highly recognised experts from both academia and industry to cover the entire value chain of LED development over a 4-year period. 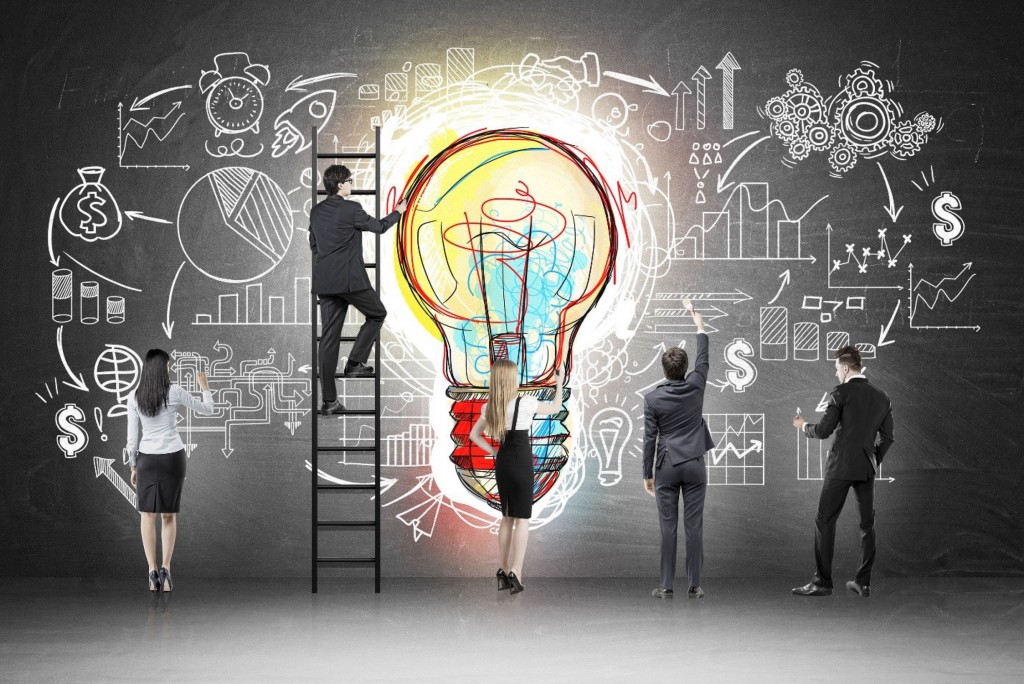 The LED market is worth approximately $16,8 billion in 2016, and the ever-increasing brightness and efficiency of inorganic LEDs is transforming lighting technology and its market applications. Since the emergence of LEDs in the lighting market, rapid progression has been made in the delivery of more efficient and longer lasting light sources for a wide variety of lighting uses.

OSRAM Opto Semiconductors are the lead industrial partner within the Project and are the largest European manufacturer of LEDs. Through the results generated from NEWLED and other FP7 Funded Projects (SMASH, GECCO, ALIGHT, NWS4LIGHT), they have been able to develop their existing applications for the general lighting industry.

Through the NEWLED Project, the Consortium has delivered significant advances and world record performances in realisation of a new class of LEDs with high capabilities. Demonstrating white LEDs with an efficacy of 200 lm/W at CRI of 90 with wall-plug efficiency of ~60%. They were also able to demonstrate CRI of 98.6; thus fulfilling the original project goals. Excellent progress was made during the course of the project: novel nanostructures and devices have been designed, fabricated and evaluated by the project partners; detailed theoretical models have also been developed for methods of colour mixing, providing the optimal emission wavelengths, spectral widths and necessary efficacies of the individual monochromatic LEDs that serve as a guide for the development of high-efficacy white LEDs with high CRI. Novel crystal growth approaches have been used to develop superior materials that are processed by best-in-class chip processes, facilitating optimal current spreading and light extraction.

It is extremely important that funding in the lighting industry continues, as it supports key business activities. OSRAM Opto Semiconductors has made an executive decision to significantly extend its semiconductor fabrication capacity in Regensburg, Germany. This capacity extension comprises an increase in logistics and infrastructure, which will produce over the next few years up to 1,000 new high-tech jobs in production and R&D in Europe.

The Project has also supported SMEs with key business objectives. Through the contributions of LUX-TSI (SME), the NEWLED project conducted over 5 million hours of testing OSRAM-OS products to help improve the existing standards (IEC and IESNA) and to promote the use of accelerated life testing in the approvals process for LED components. Both Osram and LUX-TSI will be involved in the dissemination of these results into the standards bodies and it is anticipated that it will help LUX-TSI increase company turnover by at least 10% whilst also creating four new highly skilled jobs through the successful launch of these new product and service lines.

M Squared Laser (SME) developed niche applications for the project outputs in non-SSL application of the LED technologies including, the NEWLED – Demonstrator Panel, which has been boxed up in a standardized ½ 19” rack mountable module. This standard chassis and packaging is used across M Squared’s electronic control range. A recent development, in the final stages of NEWLED, has been the launch of a web-store for stand-alone laboratory and test instrumentation. The new web-site (www.icebloc.com) hosts a range of electronic instrumentation, including drivers, temperature controllers, timing and waveform generators and will eventually host a variety of diagnostic devices. The range of modules is complemented by the addition of a multichannel LED driver, which will find use in laboratories for off-the-shelf low-noise LED driver applications.

STR (SME) have created and developed three Consultancy services in: Kinetic MOVPE model for CVDSim™; Methodology of colour mixing optimization in LED-based white-light sources and Model of surface recombination in III-nitride LEDs for SpeCLED™, which will increase the company’s revenue by €40K-€260K over the next 5 years.

Through the successful collaborations within the Consortium, the project has also helped support research opportunities, including: CoolBlue – Innovate UK; FLINGO – EU M-ERANET and Smart Lights – Ministry of Education and Science of RAS.

The Coordinator would like to acknowledge the efforts of the Consortium Partners and the support of the European Commission Project Officers (Martyn Chamberlain and Michael Ziegler) and its Technical Reviewers (Geoff William, Luigi Occhipinti, Veit Schwegler and Christian Ferstl), who made a significant contribution to the success of the NEWLED Project.

For more information about the Project and its results, please visit the website at: www.newled-fp7.eu.

Results of a research collaboration between Esslingen University of Applied Sciences and VI Systems published at the DPG-Tagung in Regensburg.